Many of us may already know that Russia has the worst aviation safety history, but it’s now coming to light that airline pilots for small regional carriers may have obtained fake pilot licenses.

Why any sane person would think they could fly a plane without extensive instruction, skill and practice just boggles my mind! There are some professions that you CANNOT fake, being an aviation pilot is at the TOP of the list!!! (the other would be a fake sign language interpreter in South Africa, but I’ll save that story for another article) 🙂

It’s already incomprehensible to many including myself, how aircraft get off the ground and are able to fly in the first place.  Aircraft designers and engineers have my utmost respect! All hail the Wright Brothers and other aviation pioneers who’ve now made global travel an everyday experience.

This disturbing news about fake licenses is now being investigated after the recent commercial crash of  Tatarstan Airlines earlier last month that killed all 50 onboard. The captain is believed to have had a fake pilot’s license!!!!

Here’s how the debacle breaks down. First, there’s been a shortage of new qualified and trained Russian pilots; that coupled with the demand for more travel within Russia and neighboring countries lead the government to outsource pilot training & certification to sometimes shady companies. These local flight centers may have cut corners for profit by essential giving unqualified people a pilots’ license, in essence you could buy your license without having the skill or training so inherently required.

In an earlier article I talked about the passing of my good friend Josef Vasicek, who was killed along with his hockey teammates in a plane crash in Russia in 2011.  The cause of his crash was deemed pilot error and it seems his pilots were also inadequately trained on the aircraft they were flying. They were pushing the brakes for take-off instead of giving it the speed needed to get off the ground!!! A stupid freaking mistake that killed many wonderful and deeply missed people. It breaks my heart. 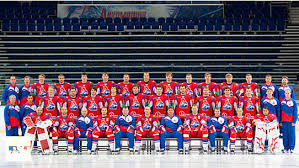 Current reports are saying the fake licenses may be limited to small regional russian carriers, but I believe with further investigations it may be found out to be more widespread and not limited to russian made aircraft. The Tatarstan Airlines aircraft was a Boeing 737, a reliable American made aircraft but in the hands of incompetent wanna-be pilots.

Has anyone ever seen President Putin getting off a commercial aircraft? I would almost wager a bet that Russian President Vladmir Putin travels exclusively on private jets….and that his pilots are either American or British.

Warning to all reading this article:  Don’t book the cheapest airline carrier when traveling in that region, find a reputable (non-russian) operator to fly with, your odds of getting to your destination may be greatly increased.