It’s always heartbreaking when someone you know dies so young and tragically, my sweet friend Josef is one of those people, he was only 3o years old.  I remember the first time I met him, he was a rookie with the NHL Carolina Hurricanes and he was boarding the team plane. He was only 19 years old and just came to the states from the Czech Republic. He had the “deer-in-the-headlights” look about a lot of things, since everything was so foreign to him. He was living with a host family in Raleigh, North Carolina to help him acclimate to his new environment. His first season with the team he barely spoke any English and I knew some of our conversations were getting lost in translation. I started referring to him as “little Josef” even though he was over 6ft /3in. He was just a sweet kid who was always smiling.  Every time I saw him he was smiling. He had a big beautiful smile and you could see the innocence in his face.   Josef tried to teach me how to golf, he would take me to the course and patiently cheer me on as I tried to hit that little freaking ball. Professional hockey players are also excellent golfers, almost all of them!

His teammates on the plane used to harass him for fun because he ate a lot of czech food that sometimes gave him bad breath.  When we’d pass around the gum/mint basket the guys would tell me to give him the entire basket. They all loved “little” Josef too.

Over the 8 years that I worked with the Carolina Hurricanes, I really enjoyed watching Josef blossom into a fine, upstanding young man.  Imagine watching a flower bloom but in slow motion, its a beautiful site with many layers of time passing to create the end result, a beautiful one-of-a-kind flower, that was Josef Vasicek. I know he would probably laugh knowing I was comparing him to a flower but he was a sensitive soul and would understand my compliment.

It was wonderful to see his progress every year and how he became more westernized over time. We would talk about girls, sports, his homeland and life in general. I really bonded with this amazing young man. I felt like he was a little brother to me, someone you wanted to protect and shield from the trappings of being a pro athlete. The Carolina Hurricanes did that for him. They watched over him, nurtured him and guided him.

When Josef retired from the NHL he returned to europe and began playing for the russian team, Locomotiv Yaroslavl. They were considered the premiere professional ice hockey team, having many other former NHL players and coaching staff on the team. Tragically, Josef and his  teammates were killed in a plane crash in 2011.  There were many other wonderful men who died in that awful crash but I  personally only knew “little” Josef.

I hate to hear about any tragic loss of life but I’m extremely bothered when it involves a plane crash. It always gives me pause considering my profession but private jets are safe, as are commercial aircraft in America. The team was flying on an older model Russian made aircraft. I will leave my comments at that…for now.

The pictures I have are my personal ones. Josef laying on the couch inside the aircraft, one of his fans professing her love for #63 at a game and Josef with teammate Shane Willis at Sullivan’s restaurant in Raleigh, North Carolina.

I’ve always said that death puts life into perspective.  Josef is definitely missed by many but I want to celebrate his life and the good memories I have of him. 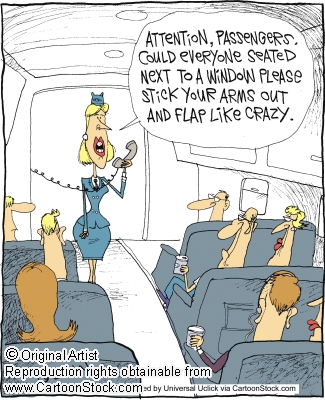